Initially we assessed the exterior of the property in the region of the bedroom, and found that there were visible signs of moisture penetration into the stone corniche above the windows, which we believe will migrate down into the structure and room beneath.

After investigation from within the bedroom above in apartment 15, we found that there were no visible signs of deterioration within the bay balcony. However, we understand that during inclement weather, the rain water holds within the balcony, and drains slowly. This indicates that there is possibly a blockage within the drainage pipes leading from the hopper.

We found that the sealant around the windows was defective, and this will increase the risk of moisture to penetrate around the frame.

In the master bedroom, there has been an ongoing issue with damp and mould within the bay window for approximately three years. The mould is the result of condensation. When assessed the en-suite extractor fan did not appear to be working, and the owner stated that they have not heard it working. We later found that the extractor fan has been isolated. When activated, and then tested, we found that the extraction capability was poor. Therefore there is an increased risk of airborne moisture escaping and causing condensation elsewhere.

There was visible condensation on the cold window frames within the bay window.

The Relative Humidity RH level was found to be 79%. The raised level will increase the risk of condensation. The normal expected level is between 45 and 55%.

Thermal Imaging indicated that there was moisture migration down from above to the right of the window, and cold air ingress around the frame.

Within the utility room we found that there was an extractor fan in the ceiling, however when tested, there was a poor extraction rate. The client dries clothes on a suspended line, and therefore there is an increased risk of airborne moisture escaping and causing condensation elsewhere.

We gave the client a list of 7 recommendations to follow.  Providing these were carried out, the damp problems would be resolved.

Here at Alpine we gurantee our findings, all of our surveyors have over 15 years experience. 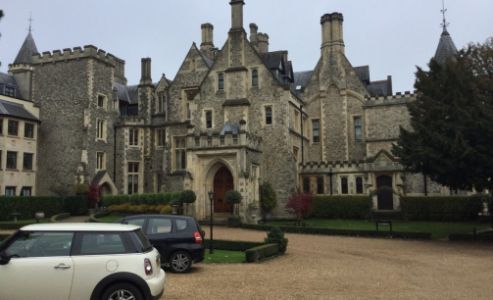